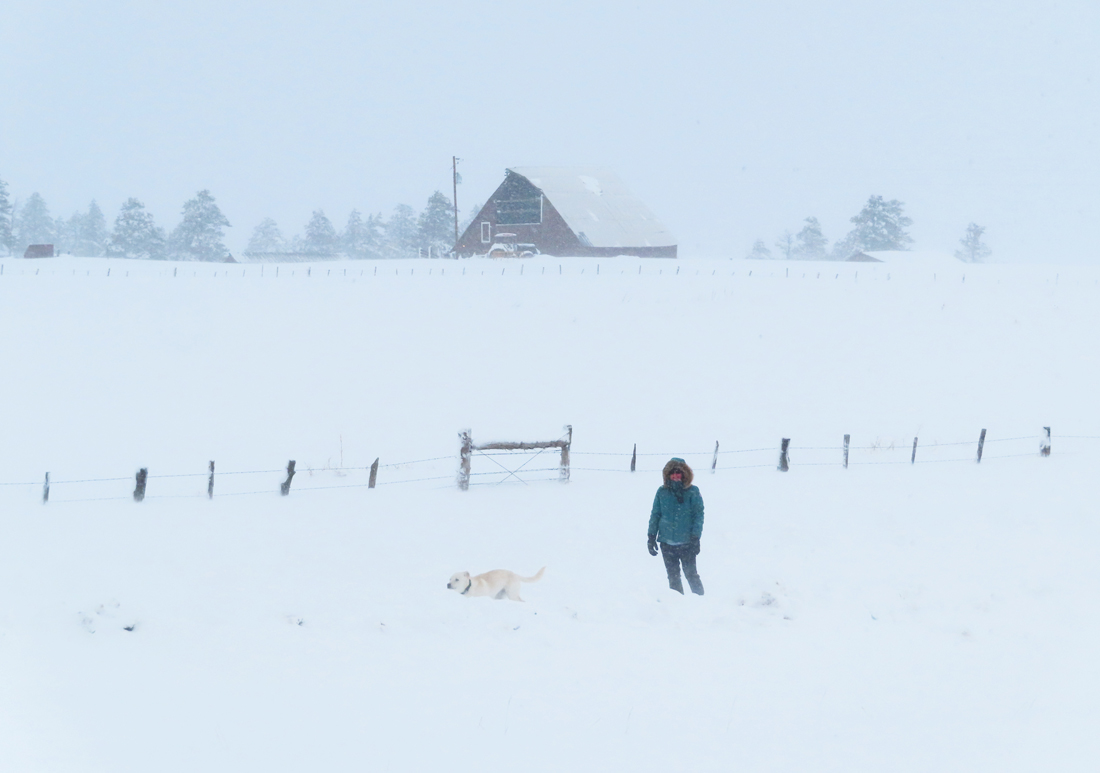 At Stevens Field the high temp in the last 24 hours was 30 and the low was 23. The peak wind at the airfield was 39mph.  The windy spots were in the 40-45mph range. At times there were brief periods of white-out conditions.

Wolf Creek Pass and the ski area both closed yesterday afternoon due to strong winds and poor visibility.  I expect more closures between tonight and New Years morning.  Keep an eye on COtrip for the latest travel conditions: COtrip web page

Precip in the last 24 hours… Snowfall was difficult to measure due to strong winds. Wolf Creek reported 9” of new snow from the latest storm.

We’ll see two more systems with more snow and then we should get a break starting on the 2nd of January.

Highs will be in the mid-20s to lower 30s and lows will be 10 to 20. Winds will peak tonight in the 30-40mph range and then stay in the 15-25mph range for much of the period – it’s going to be blustery. Winds along our mountain ridges will peak in the 55-65mph range tonight and then remain in the 35-45mph range much of the period. Wolf Creek Pass will see periods of white-out conditions.

*** The Grand Junction NWS has issued a WINTER WEATHER ADVISORY for the San Juan River Basin which includes Pagosa Springs. It’s for 4-8” of snow with locally higher amounts in the foothills and winds gusting to 40mph.  It’s valid from 5pm this afternoon to 5am Wednesday morning. *** I expect Pagosa Springs to be at the top of this snowfall range.

*** The Pueblo NWS has issued a WINTER STORM WARNING for the eastern San Juan Mountains above 10,000ft valid until 5pm on Wednesday.  It’s for 1-2ft of snow with locally higher amounts and winds gusting to 60mph causing considerable blowing and drifting snow. ***  The Grand Junction NWS has also issued a warning for the southwest San Juan Mountains but it has lower snow amounts and winds.  I think the warning from Pueblo is more accurate for the Wolf Creek area.

*** The Colorado Avalanche Information Center has issued an AVALANCHE WATCH valid until tomorrow morning at 8am. *** This will likely be upgraded to a warning later today.

Wednesday afternoon to Thursday afternoon… We’ll get a little break with scattered snowshowers. Highs will be in the mid-20s to lower 30s and lows will be 10 to 20. Winds will peak less than 20mph.

Thursday night to New Year’s afternoon… The final system will move through and give us another good round of snow.

** Note that this includes all snowfall to this point. Subtract the differences from the similar map above to get the potential snowfall for this period. **

I’ve been a “weather geek” since I was young child. I joined the military out of high school and was lucky to get my dream job in weather. I have 20 years of military weather experience which includes forecasting the weather all over the world. Highlights were six years in Alaska and making life and death weather decisions during deployments. I love mountains, I love snow, and I love summertime thunderstorms. I spend a bunch of time playing outdoors and found my paradise in Pagosa Springs. I do Pagosa Weather as a community service. Hopefully you find us helpful!
PrevPreviousPotential for TWO FEET of additional snow by New Years!…
NextAnother round of snow tonight, a lull tomorrow, and then the final round…Next