Why is spring “wind season” in Pagosa?… 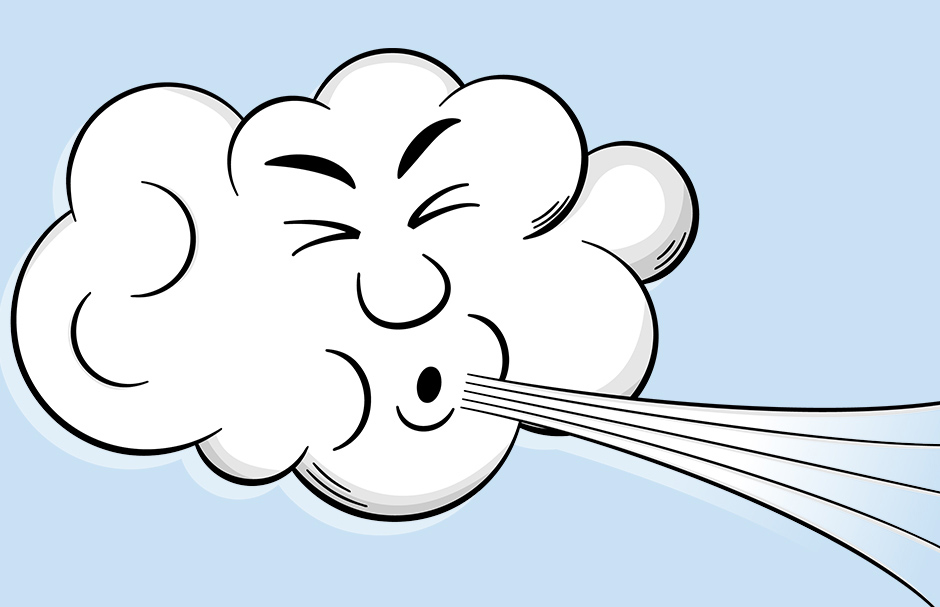 Spring, or more specifically, roughly mid-March to mid-June we tend to have breezy afternoons.  Why? And why has this spring been so windy?

What drives the wind?…

As days get longer in spring, the southern latitudes of the US start warming up while the northern latitudes lag weeks behind.  This plays a role in how the jet stream tracks – it starts pushing farther north. The stronger temperature gradient between warm air in the south and cooler air in the north also leads to a stronger and more active jet stream.  In fact, it’s also fuel for “tornado season” across the central US.  Stronger upper level winds often lead to stronger surface winds.

Locally, as the snow melts in the valley, more bare ground gets exposed and warms more quickly than the snow covered mountains which causes a strong temperature gradient locally. Now consider the difference between a sunny and bare south slope and a shaded and snow-covered north slope.  How about a forest vs a large open meadow? Or how about your green grass vs the Walmart parking lot? They all warm and cool differently and those differences are more pronounced during spring.

During March and April we also see 40-50 degree temperature swings between daily highs and lows.  Mother Nature always tries to balance things.  As air warms, it rises, and then air moves in to fill the void.  Now imagine this all taking place on an array of scales, across all types of terrain, and with all types of vegetation. Determining winds is one our biggest challenges and a huge factor in our daily forecasts.

The synoptic pattern during a typical spring…

The subtropical ridge that brings our summer monsoon, starts migrating north from the tropics. The jet stream bounces north and south with transient low pressure systems. The gradient between the subtropical ridge and troughs associated with the jet stream gets “pinched” leading to stronger winds aloft and on the surface. This pattern persists until the subtropical ridge noses far enough north to start the North American Monsoon sometime in June. Transient ridges can give us brief breaks from the winds, but most afternoons are breezy.

Typically we wake up to calm winds and chilly mornings. Between 11 and noon, after it has warmed a good 15-20 degrees, winds start gusting into the 20-30mph range – on the weaker days it’s around 20mph and on stronger days it’s around 30mph. After we cool a few degrees in the evening, roughly 6-7pm, the winds decrease pretty quickly and then are calm through the night.

The synoptic pattern this spring…

The subtropical ridge has been pretty strong. There has also been a strong ridge over the Mississippi Valley and extending into eastern Canada. The low pressure systems impacting the Pacific Northwest have been supported by cold air advection and a strong jet stream. That jet stream has moved over our heads a couple of times, but the systems track to our north.  The gradient between the subtropical ridge and the low pressure systems keeps getting “pinched” across much of the southwest US.

La Nina may also be a factor which tends to keep systems to our north.

The good news is that starting Thursday, we’ll see more typical 20-30mph afternoon winds with pleasantly calm evenings, and calm and chilly mornings. The dust will clear and unless a fire blows up to our southwest or west, we shouldn’t see any smoke either.  Yeah, we really need moisture, but the weather will be great for getting outside!

I’ve been a “weather geek” since I was young child. I joined the military out of high school and was lucky to get my dream job in weather. I have 20 years of military weather experience which includes forecasting the weather all over the world. Highlights were six years in Alaska and making life and death weather decisions during deployments. I love mountains, I love snow, and I love summertime thunderstorms. I spend a bunch of time playing outdoors and found my paradise in Pagosa Springs. I do Pagosa Weather as a community service. Hopefully you find us helpful!
PrevPreviousWind and dry – RED FLAG WARNINGS today and tomorrow…
NextOne more windy, dusty day tomorrow and then back to “normal”…Next